Phenibut is sold as a dietary supplement in most countries, which means there are not many restrictions on the sale or use of it by the general population. No matter where you go in the world, you’ll usually be able to buy this product legally at a local food or drug store. The only real problem with that idea is that you can usually only buy this product online. The good news is that you don’t have to feel like you are breaking any laws when you buy Phenibut online because it is completely legal. Whether you live in the United States, Canada, Brazil, the United Kingdom, or any other part of the world, you should be able to purchase Phenibut legally without any worries.

Do I Need a Prescription? 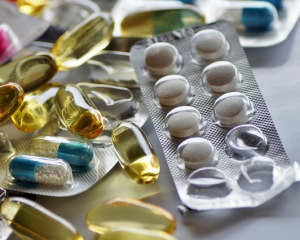 Many people are worried about purchasing certain pills or supplements online because they feel like they should also be getting a prescription for the product. Purchasing a regulated medicine without a prescription is definitely illegal is almost every country around the world, but the good news is that you don’t need a prescription to purchase Phenibut online. There are definitely certain online supplements and medicines that are technically illegal, but Phenibut is not one of them. You can go online and purchase Phenibut without having to worry about the cops knocking down your door and searching your entire home for a simple supplement that is used for stress and anxiety.

Legal Status In Your Country

If you are planning to use Phenibut, then you’re probably wondering about its legal status. The thing that you have to understand is that Phenibut is more of a supplement than a drug. It is a naturally-derived substance that has different regulations depending on what part of the world you are in. In addition, it is not that well known yet. That means that not only are some of these regulations unknown, but they could change quite rapidly. However, we will be looking at regulations in the three major parts of the English-speaking world as well as the regulations that may exist in other countries.

Phenibut in the United Kingdom

The first place in the world that may have restrictions on Phenibut is the United Kingdom. There is no solid information on whether Phenibut is legal in the United Kingdom or not. However, many people believe that it is not legal because of the Psychoactive Substances Act of 2016. According to this act, substances are banned which: “produce(s) a psychoactive effect in a person if, by stimulating or depressing the person’s central nervous system, it affects the person’s mental functioning or emotional state; and references to a substance’s psychoactive effects are to be read accordingly.” This does not name Phenibut specifically, but it does seem to refer to substances like it.

Phenibut in the United States

In the United States, Phenibut is perfectly legal and unregulated. Phenibut is considered a non-medicine in the United States. Like most of the supplements out there, Phenibut may be sold over-the-counter and ordered online. However, this may change in the future. In fact, certain states may create their own regulations which ban Phenibut. The supplement kratom, for example, is banned in certain states such as Indiana. But right now, Phenibut is unregulated and can be purchased and used without any fear of legal repercussions. It is still recommended that you follow the maximum dosage listed however; which is no more than 2000 milligrams per day and no more than 500 milligrams in a single dose.

There are some pretty severe restrictions on Phenibut in Australia. In early 2018, the Australian Therapeutic Goods Administration banned Phenibut and classified it as a schedule nine substance. They did this due to health concerns for the substance, worrying that people could overdose on it and also due to the withdrawal symptoms that come from taking too much. However, the thing to keep in mind is that while there is not a lot of research on Phenibut, so far indications are that it is really safe. Even in Australia, although you cannot buy it from stores within the country, there are still people that are importing it and using it.

Phenibut around the World

As for the rest of the world, Phenibut is thought to be completely legal without any restrictions on it whatsoever. However, in 2015, Phenibut was the focus of efforts to reclassify its legal status due to its potential for recreational use and the withdrawal symptoms that come from using too much. As of right now though, Phenibut is not a controlled substance in any known part of the world except for Australia.

The bottom line is that Phenibut is a really safe drug, especially when you compare it to other drugs that are used to treat anxiety that are available with a valid prescription. If you do not take too much, you should not experience any side effects or withdrawal symptoms. Even if you do take too much, there are no known deaths from using Phenibut.

It should be noted that just because a product is completely legal does not mean there aren’t any risks. While Phenibut is a safe supplement to use when taken in the right dosage, you can still face somewhat minor issues if you decide to take it on a regular basis. There have actually been people who have found that they show withdrawal symptoms after taking too much of the product in a short period of time, so you need to make sure that you’re being smart with your dosage levels on a regular basis. A few tips to remember are that you should never take Phenibut two days in a row, and you should usually stick to one gram or lower per dose. Finding out the specific dosage that works for you can take some time, but it’s important to remember that you still need to be responsible for your own actions when you’re using a legal supplement.

At the end of the day, life is all about moderation. There are plenty of legal substances out there that can eventually become problematic, such as alcohol or Oxycontin, so it’s important to practice moderation with everything you use. You should not look at Phenibut as a quick fix to your chronic anxiety issues, and you need to remember that becoming dependent on any kind of drug or supplement for happiness is never a good idea. As long as you understand how to use this completely legal supplement, you should not run into any trouble with its long term usage.

None of the statements made on Phenibut.org have been reviewed by the FDA. Nothing you read on this website should be considered medical advice. Read full medical disclaimer here.

2 comments on “Is Phenibut Legal?”